Signe Boeskov was involved in the research project, ‘Distinctions and Stagings in Danish Manor House Milieus, 1850-1920.’ The project illuminated the self-representation and self-image of noble families in Danish manor houses in an age of unrest and upheaval, when the structure and roles of a class-based society were being phased out. 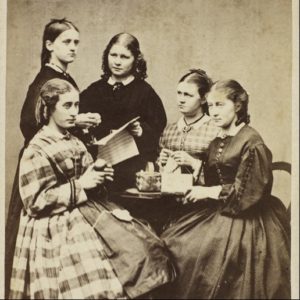 The research project focused particularly on the two manor houses of Hvedholm (South West Funen) and Nørre Vosborg (West Jutland), and their genteel families. It examined the communication and manifestation of various forms of status and cultural characteristics, in an attempt to clarify the conception of the gentry and the people around them of what made the manor house nobility so unique.

The two manor houses were meant to represent two different manorial milieus while their noble families – the Bille Brahe Selbys and the Tangs – represented two very different kinds of nobility: in terms of the size and geographical location of their estates, their ancestors, their connection to the manor houses, the financial resources and the composition of their social networks.

Each of the two families and their various members fulfilled their role as a manor-house-owning noble family, creating and maintaining their status in the form of luxury and aspects of manor house life, which they displayed and gave prominence to.

Signe Boeskov holds an MA in Anthropology from the University of Copenhagen and in 2010 was awarded a PhD in History by Aarhus University for her thesis, ‘The gentry. Distinctions and staging in Danish manor house milieus, 1850-1920.’